Berwick Lodge Wedding: My first wedding of  2014 and here I was at Berwick Lodge – a delightful, country house hotel hidden away minutes from Bristol – for Joyce and Jonathan’s  winter wedding. Joyce, Jon and I had come down here just before Christmas for our initial meeting, to have a look round and to plan a few outside location shots, weather permitting of course.

I’d heard on the news that this January was the wettest for 100 years and the day certainly didn’t disappoint on that score! It was pretty soggy and I was going to have to be at my most persuasive if we were going to get any shots at all in the hotel’s gardens (everyone was very ‘gung ho’ as it happened and we got some lovely pictures but more of that later…).

Joyce and Jon had both stayed over the previous evening so there were not going to be any frantic dashes between locations to capture each of them getting ready: this gave me plenty of time to capture a few detail shots in the grounds (including a brave little fox cub): these always look nice in an album scattered in amongst the people pics.

Joyce and Jon’s mum were both getting ready in the same room so this certainly made for a few nice candid pictures of the two of them sharing bathroom’s and make up! Joyce looked gorgeous in her wedding dress and was really enjoying the lavish surroundings to show it off. Following this, it was a short walk over to the separate ceremony room where guests were starting to arrive and greet each other – you can’t beat a good hug shot.

Joyce’s parents were unable to attend from China so she was given away by Jon’s dad, which was a lovely touch. In next to no time it was back to the house where the guests were able to relax with a pre dinner drink and the three of us were able to steal away to the gardens for some pictures while the rain, thankfully, held off for 20 minutes. It turned out that Joyce and Jon’s can do attitude meant we’d got much, much more than I thought the day was going to allow – well done you two.

Then it was on to the wedding breakfast and some very funny speeches with Jon’s dad setting a high bar indeed! Rather than go for the usual band/disco, we had a pianist and a caricaturist instead and this worked brilliantly, given the intimate nature of the occasion. Inspired. Steve the pianist (who was fantastic by the way), was also asked later to play a number of TV series theme tunes as part of a music quiz and this certainly brought out the competitive nature amongst many of the guests! Great fun.

So a lovely day and proof if it’s need that weddings really are all about the people – the sun, if it chooses to show it’s face, is just a bonus. 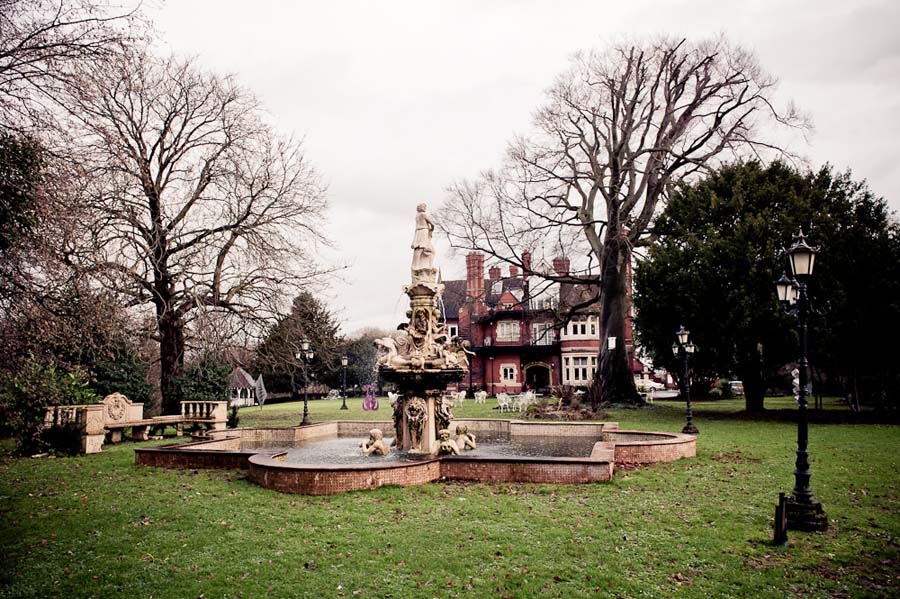 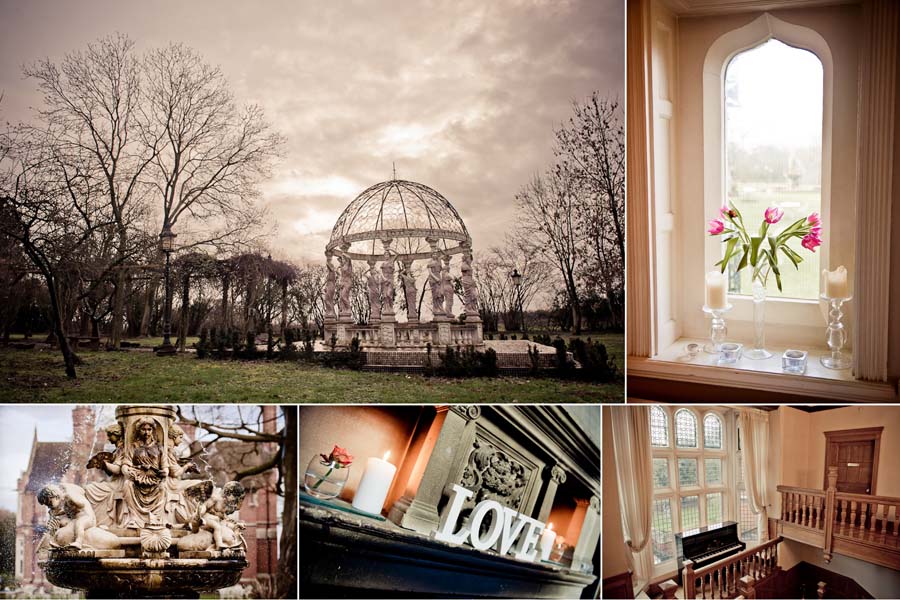 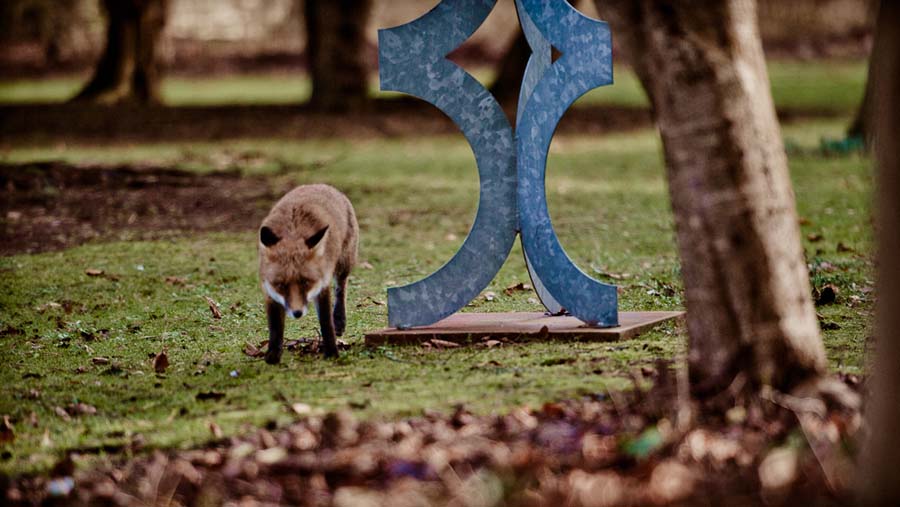 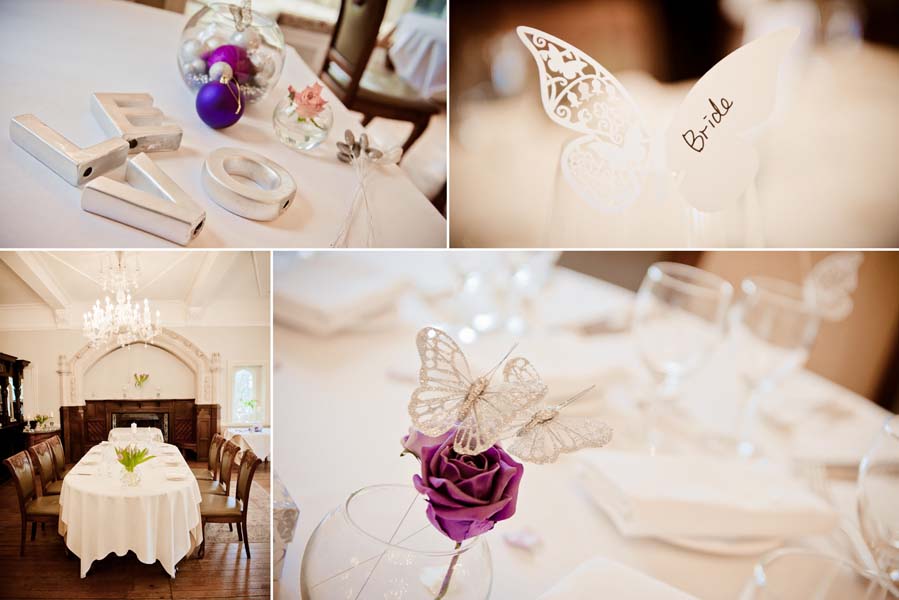 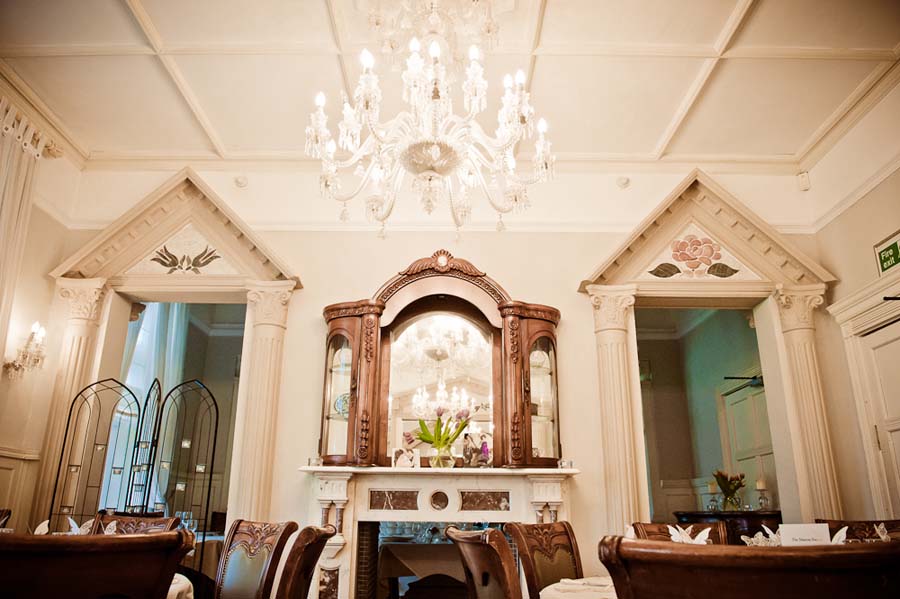 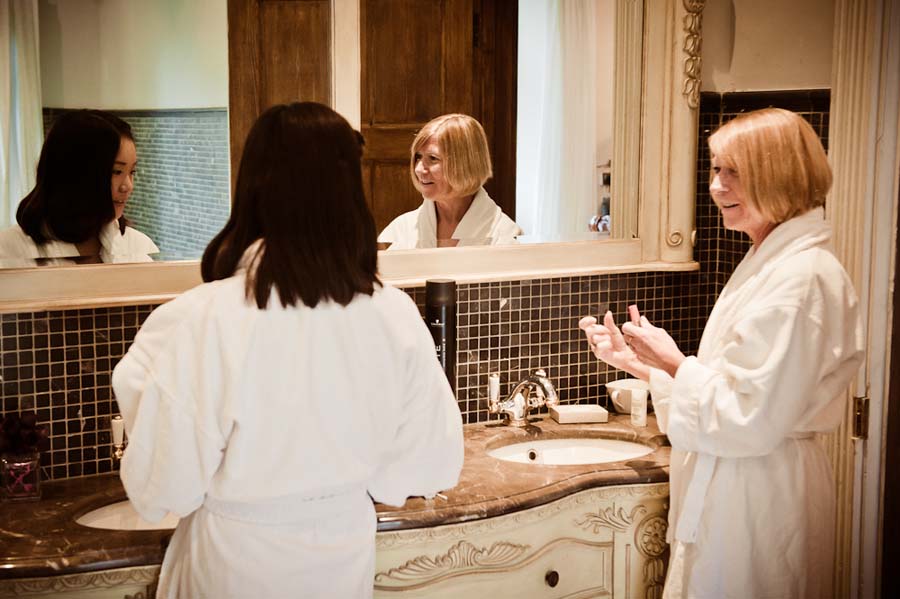 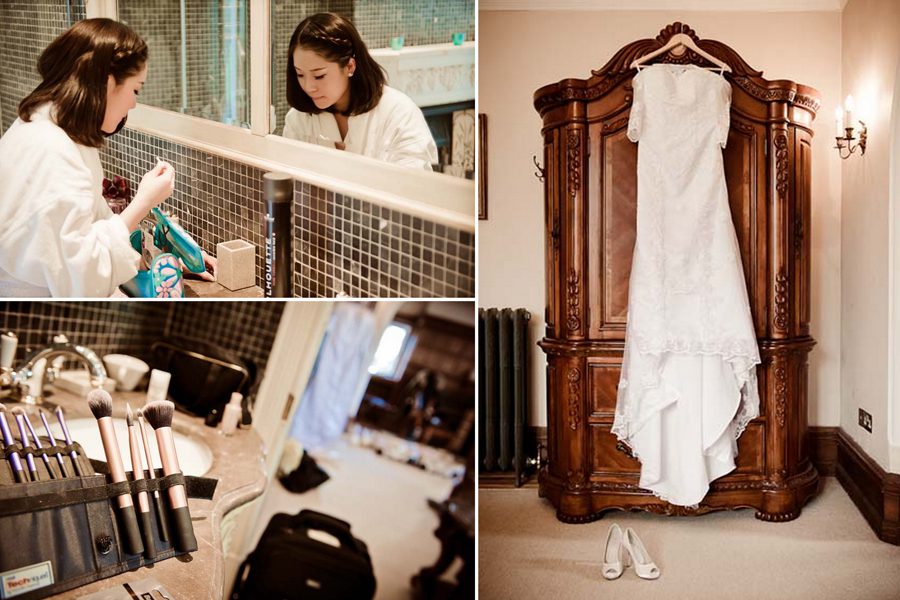 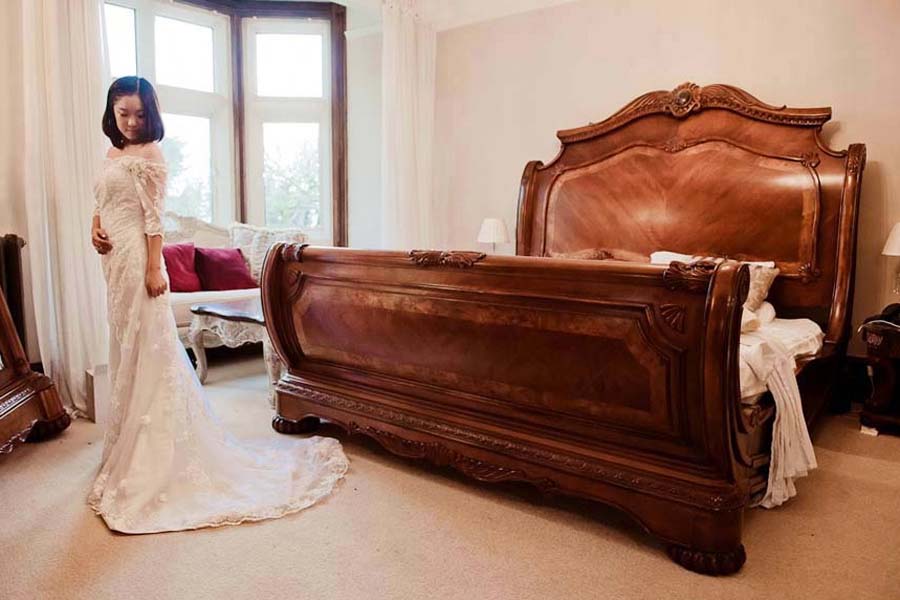 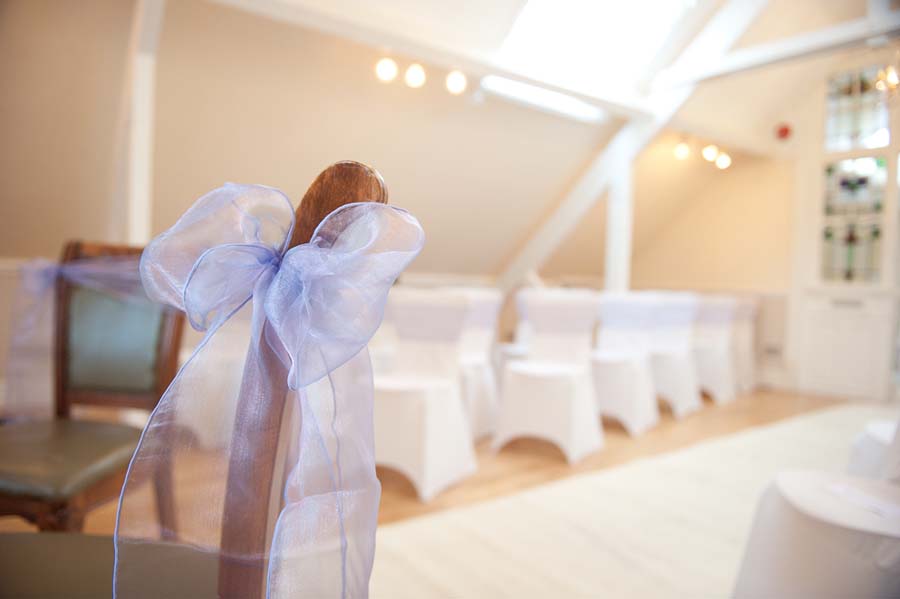 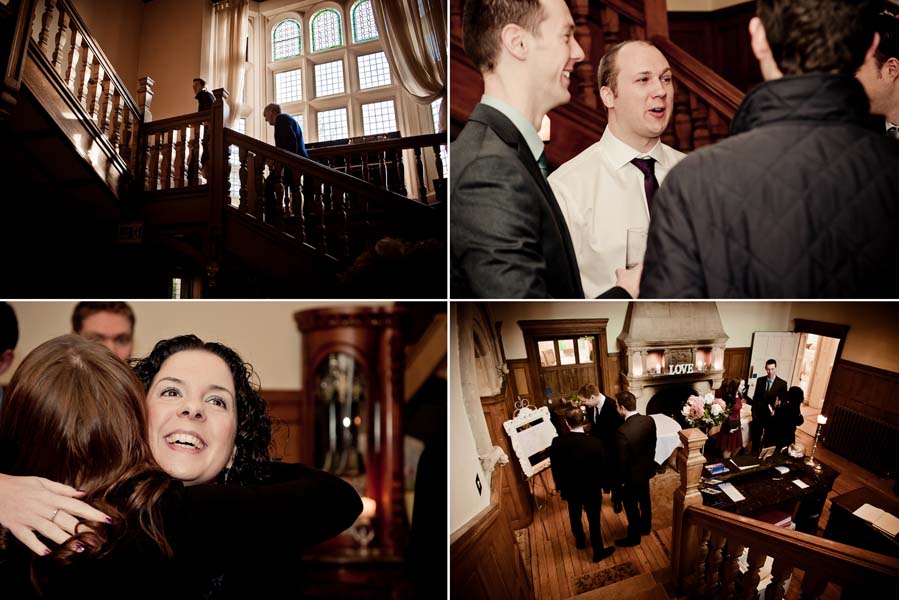 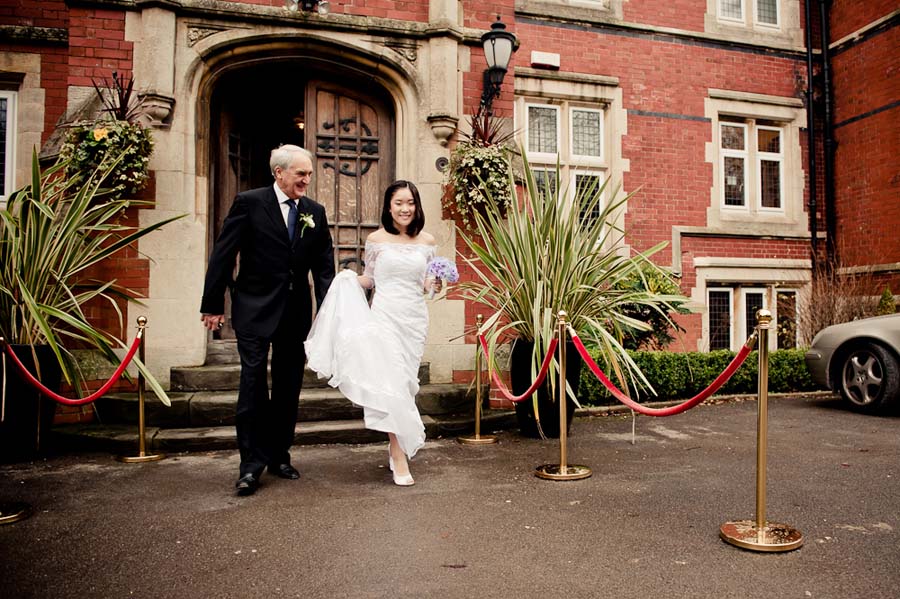 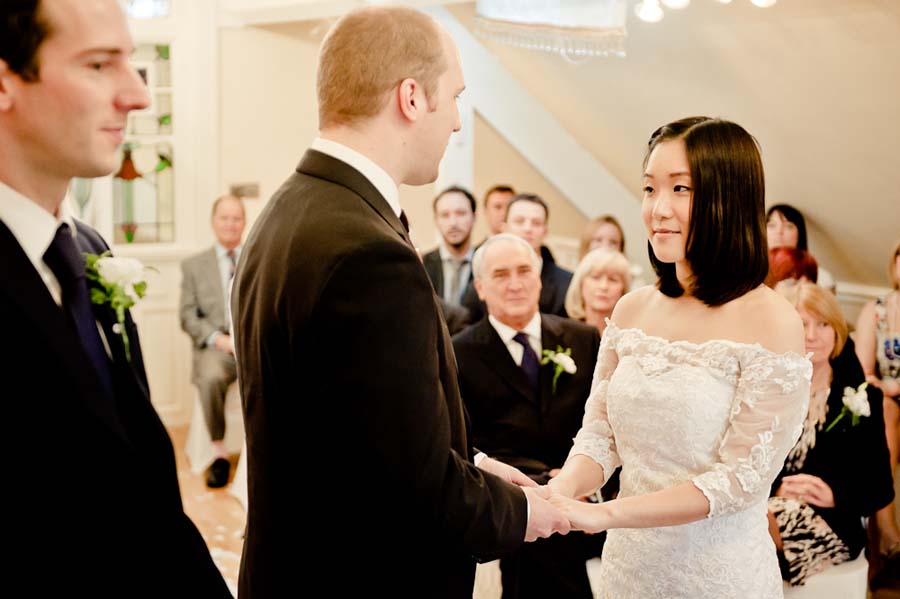 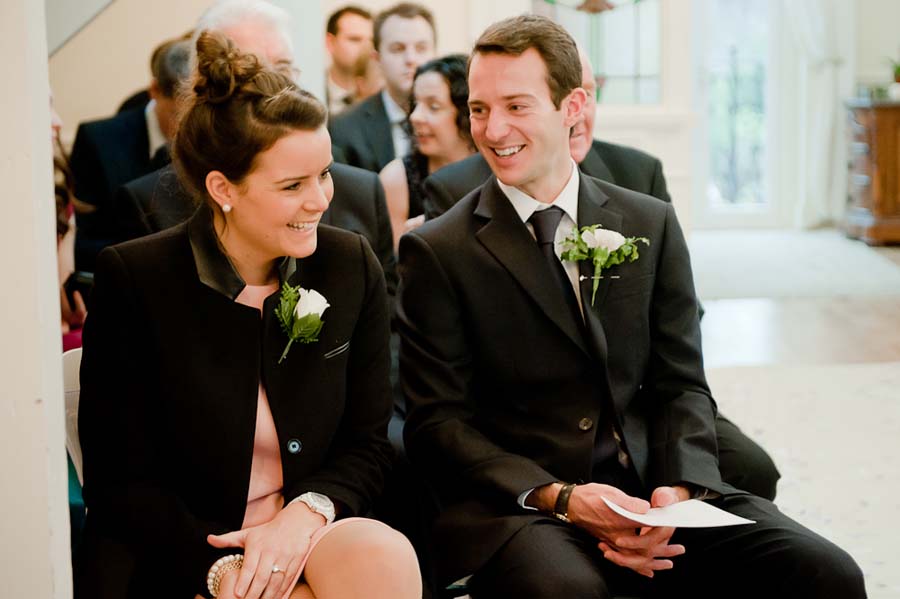 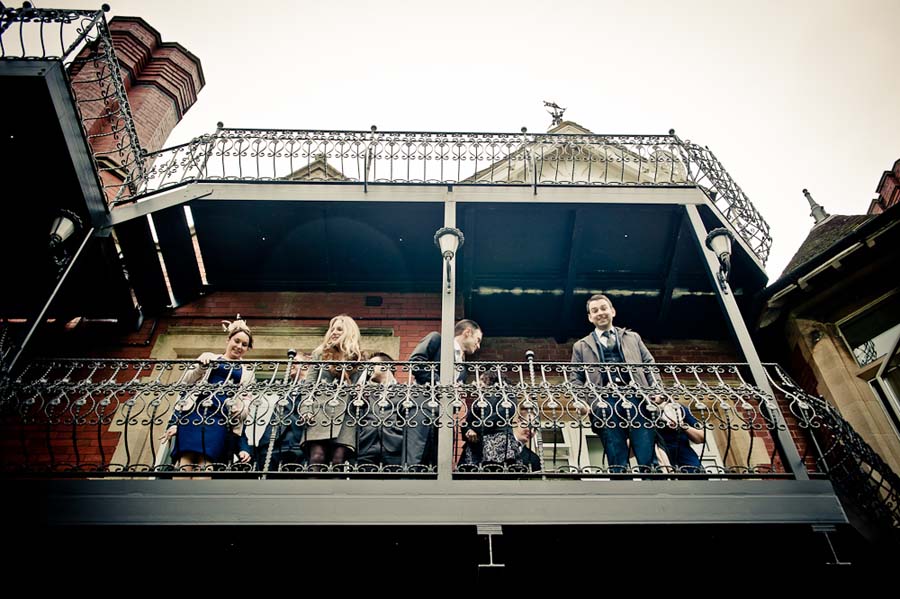 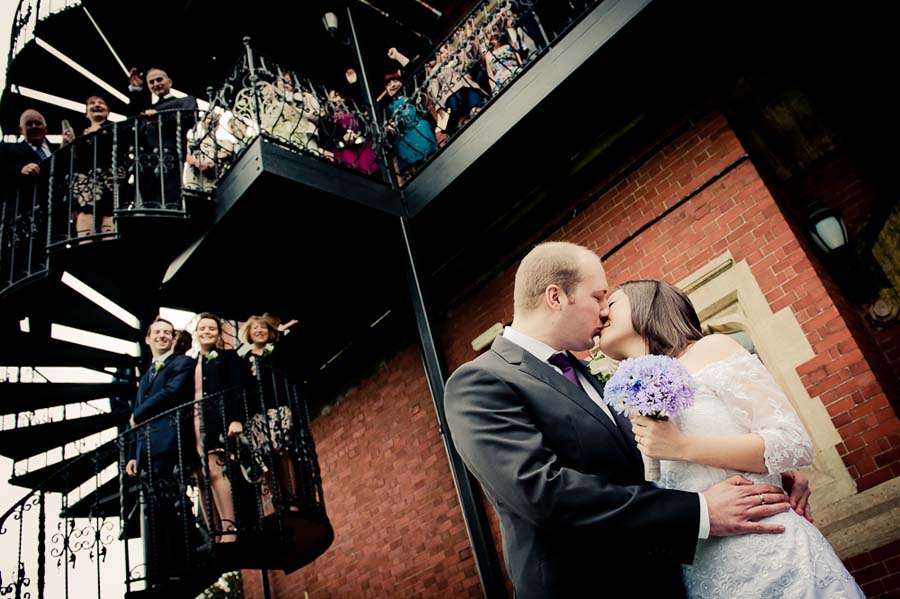 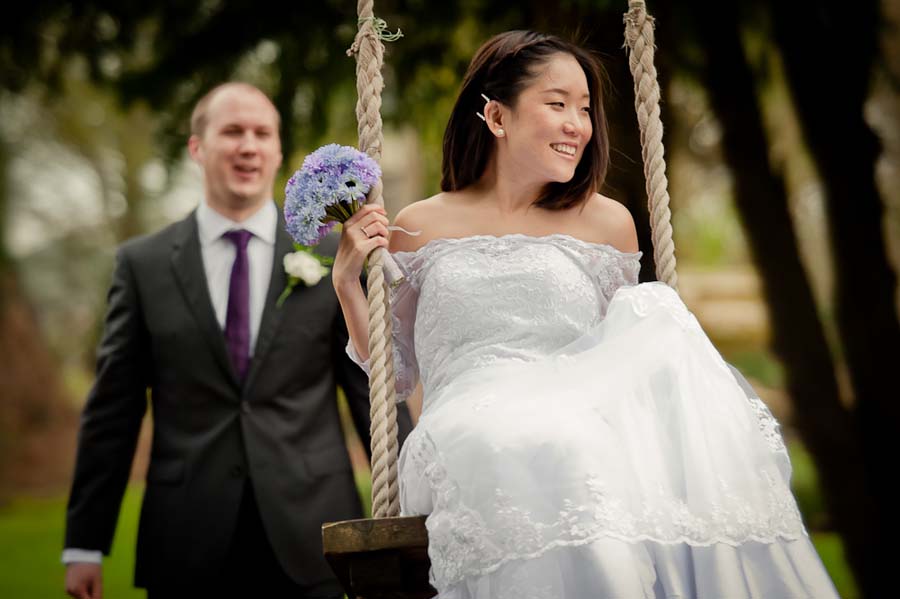 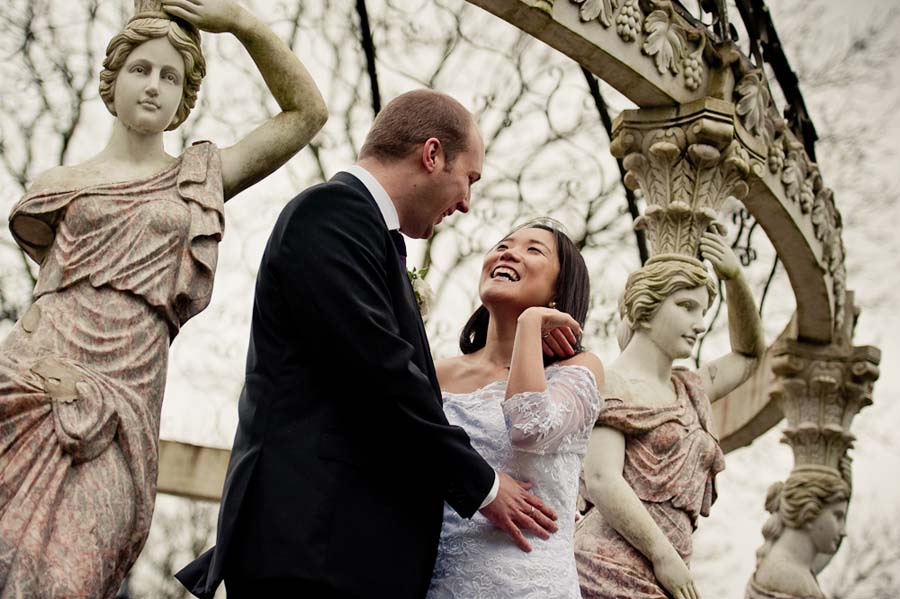 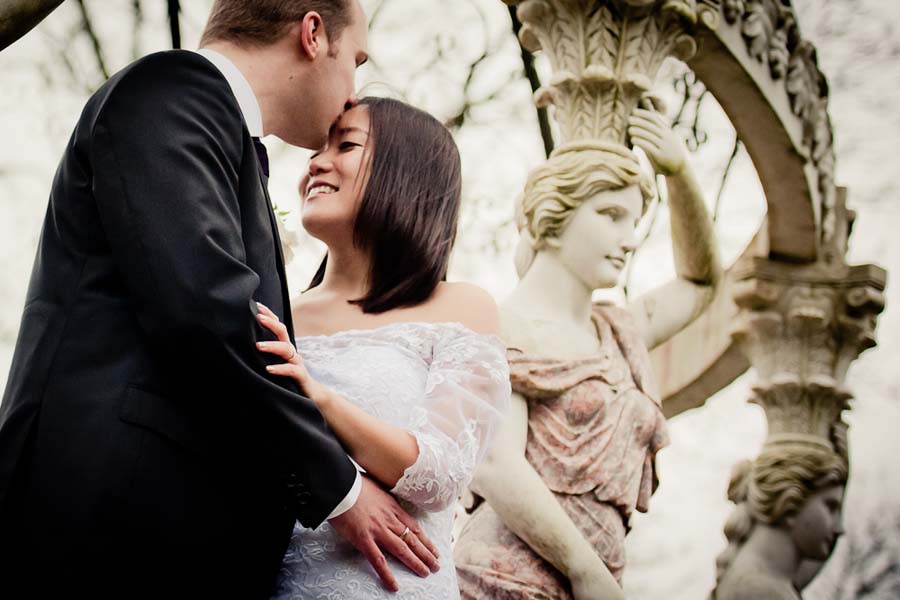 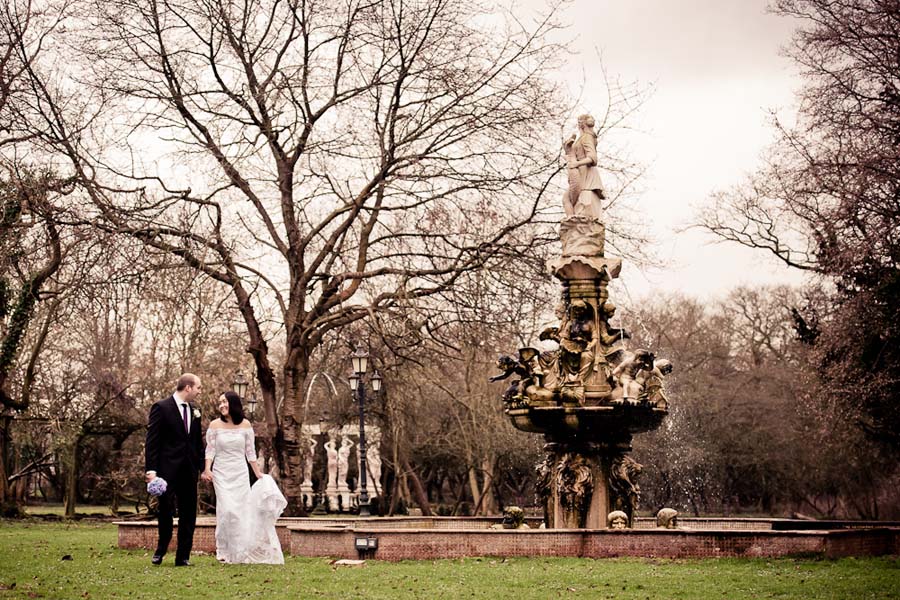 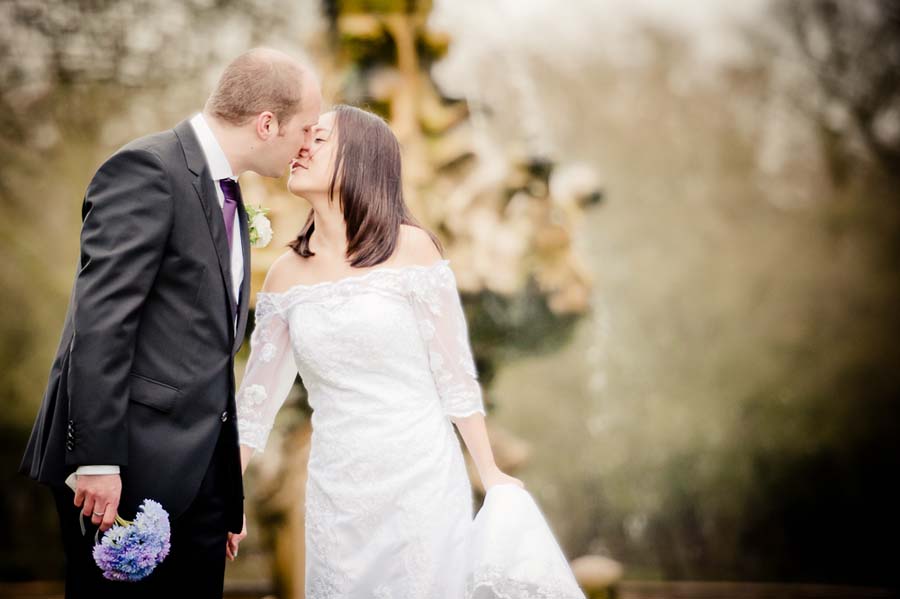 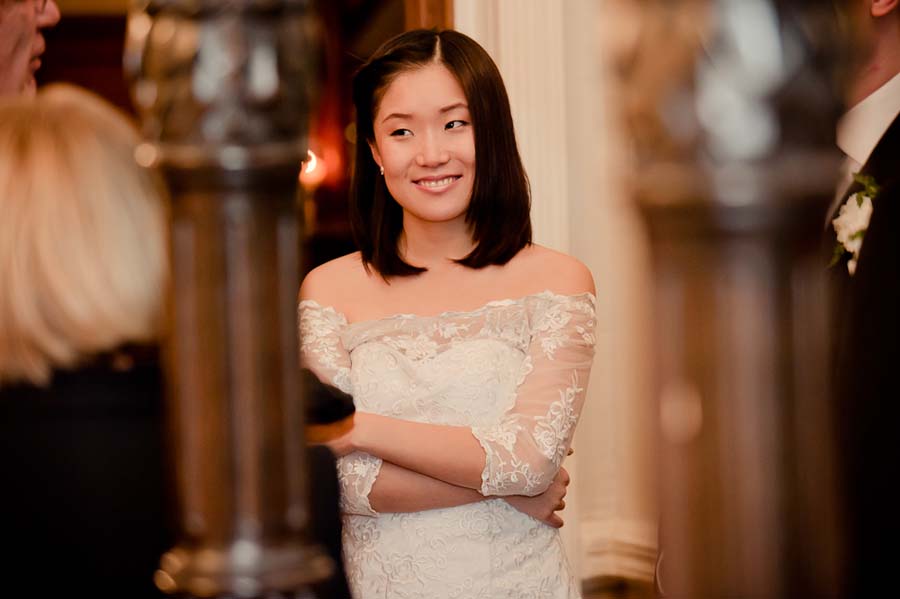 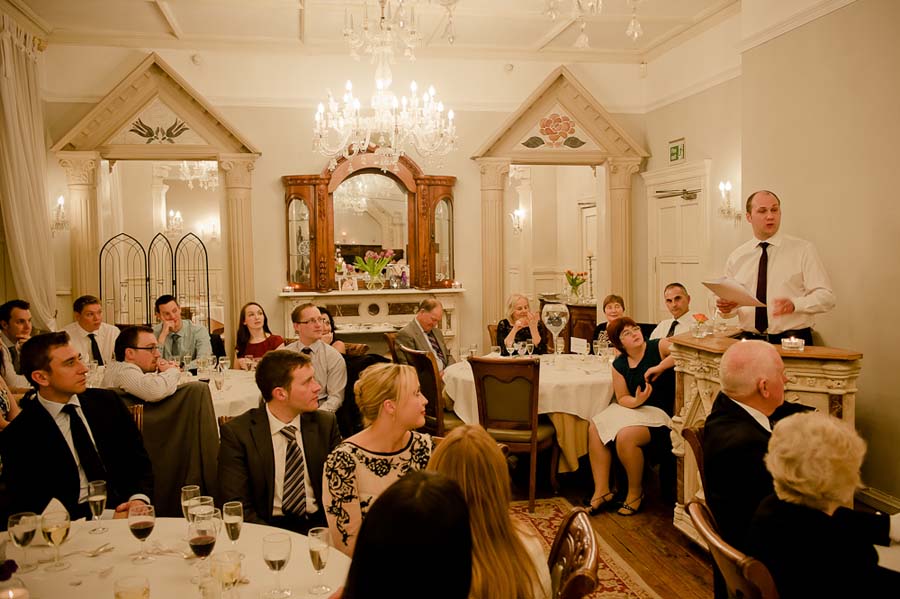 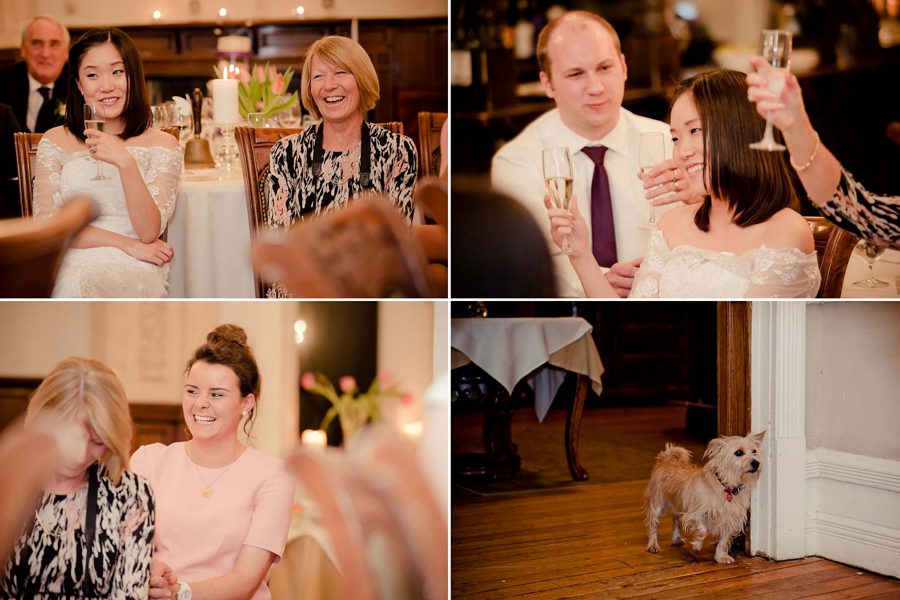 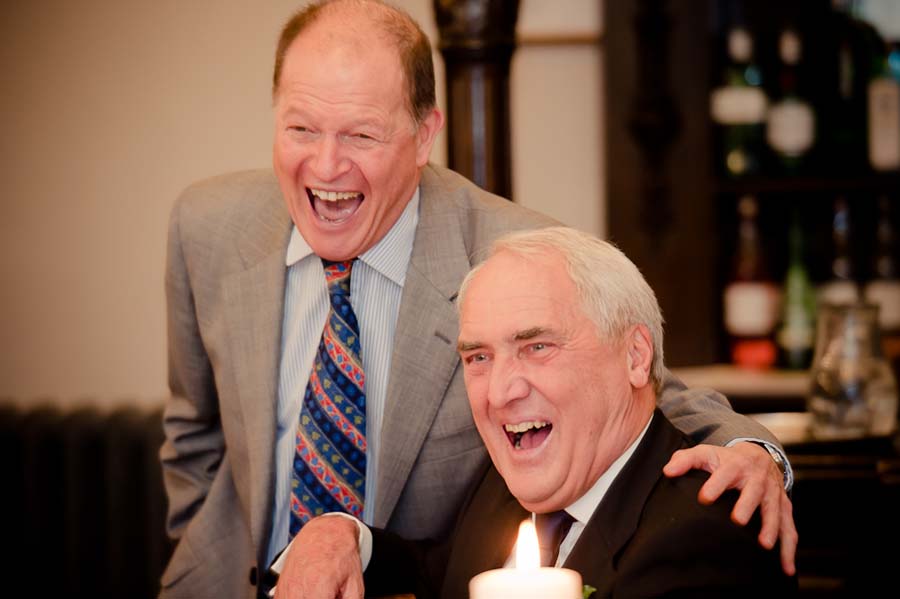 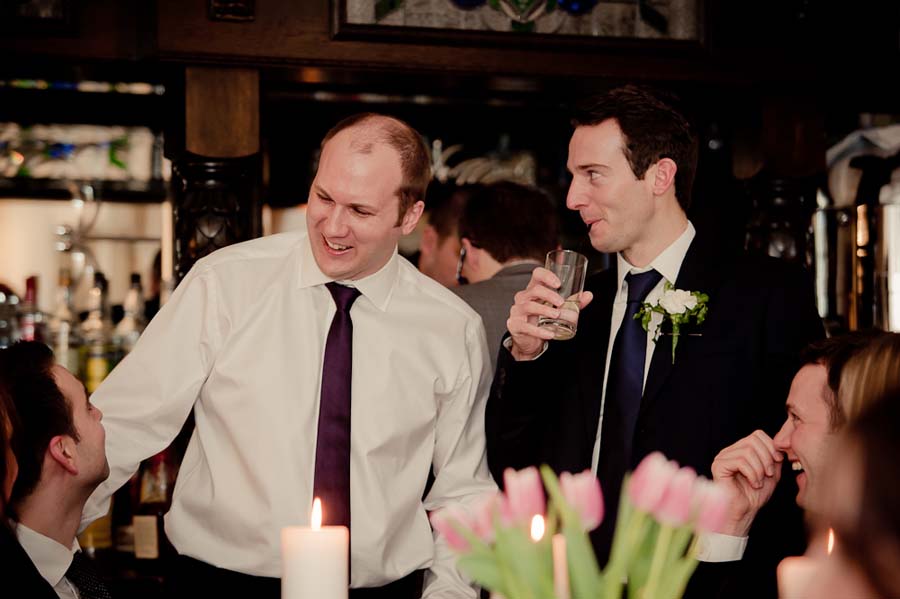 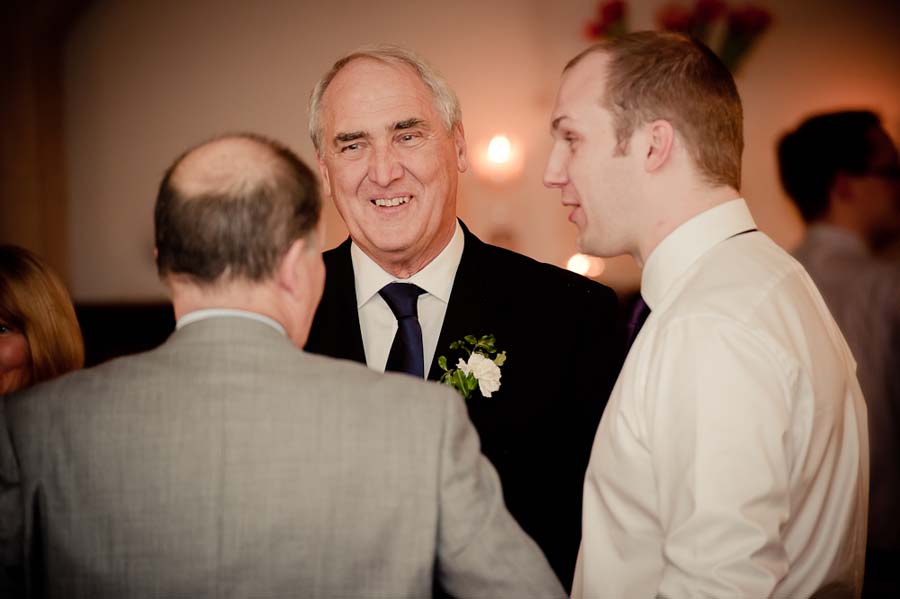 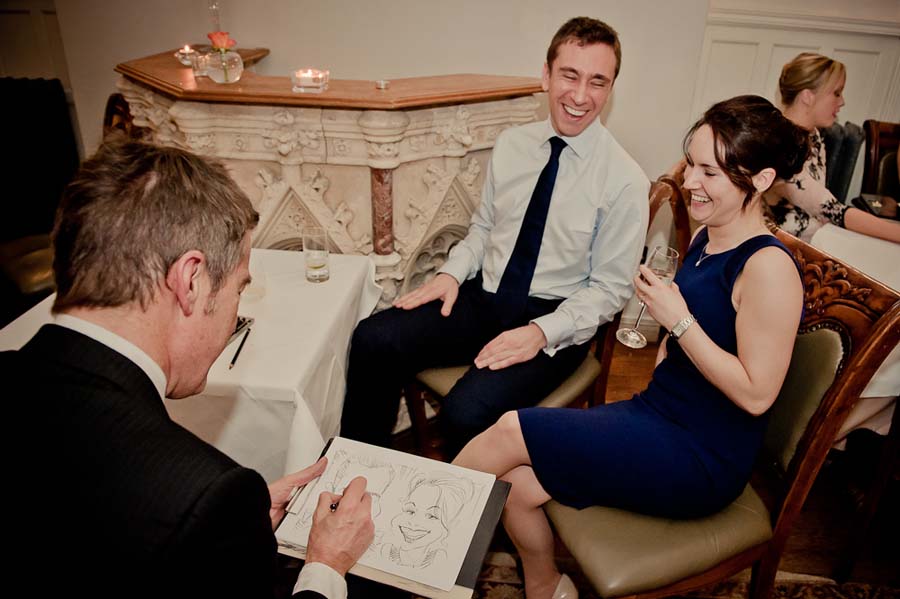 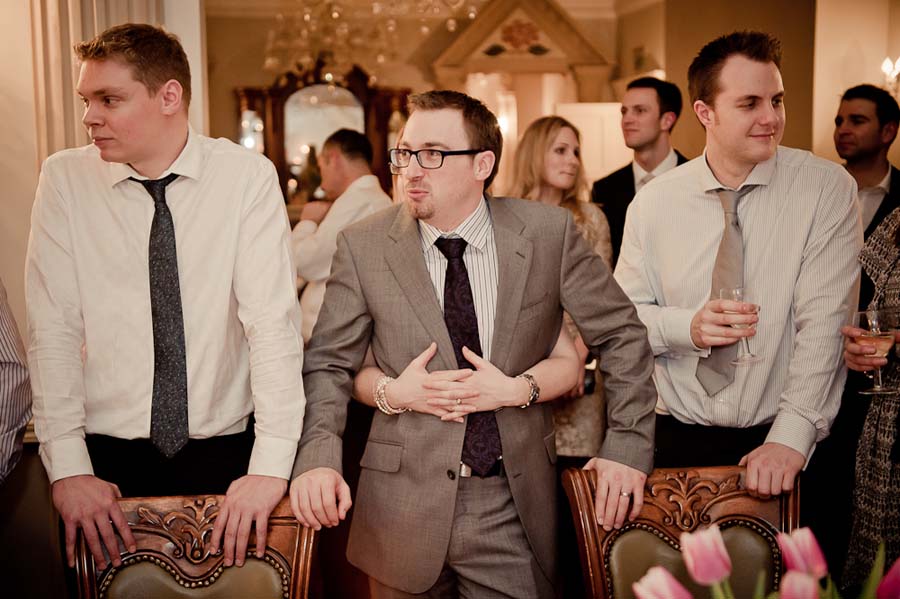 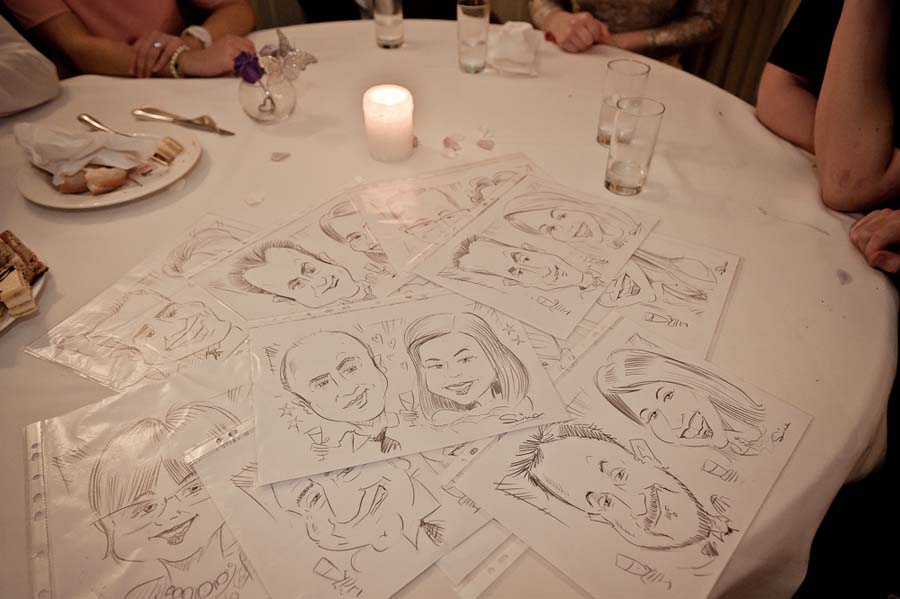